The Camino offers an insight into the European debate

The Camino de Santiago is the historic pilgrimage route across northern Spain, and as a cultural melting pot it had the recent misfortune of being dramatised as a ghastly film, packed with characters you’d normally walk a long way to escape.


Fortunately the reality is much better, and when I walked the 650 miles from Lourdes to Finisterre this summer the sole person I consciously avoided was an American college kid who sauntered along singing at the top of his voice while emitting a powerful body odour. That he was dressed only in boxer shorts with feathers in his dreadlocks didn’t help matters. 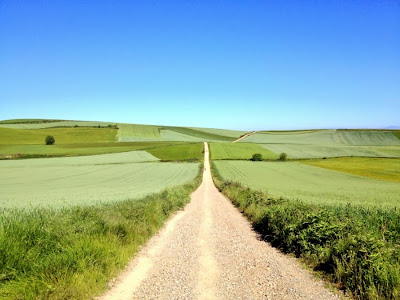 Nonetheless it’s the people who make the Camino a lifetime experience, and offering some wonderful insights into the differences in mentalities across Europe and further afield. I spent the first week plodding across the Pyrenean foothills in endless rain, without seeing a single soul walking west. Company came in the form of random encounters with the locals, particularly around meals. A priest from India at the Bétharram Monastery wanted to talk about the great batsmen his country had produced as we drank broth seated on the long benches of the refectory, with the other monks completely confused until we moved on rugby. And the waiter at one of the bistros who resignedly acknowledged that the French way of life was doomed, which seemed pretty reasonable given that most shops seemed only to be open for a couple of hours in the morning, and with local farms still almost pre-industrial in their miniature form.

On the morning of my third day the butcher in Arundy attached a large scallop shell (the traditional symbol of pilgrims en route to Santiago) to my pack, and from then onwards every boulangerie was a chance to warm up and talk to the intrigued locals, although saying I was walking to Santiago felt fraudulent given that Galicia was still a fair few mountain ranges – and 1000km – away.

So making it to the popular starting point of St. Jean Pied-de-Port after a week on the road was a bit of a relief. Passing through the town’s fortified Porte St. Jacques I was met by a cacophony of languages, frenzied unwrapping of new equipment and nervous anticipation of the first major challenge of the main Camino: following Napoleon’s steep route over the Pyrenees. The sharp early morning climb wasn’t brutal enough to stop the wild hand gestures and emotional outpourings of the girl from California. Nor did it stifle conversation with the chain-smoking chap from Stuttgart, who didn’t understand that a ‘C’ in GCSE German meant my grasp of his language was limited to menus and the occasional war film, and constructing sentences with ‘potato salad’ and ‘hands up’ didn’t seem conducive to the spirit of the walk, or European harmony.

The route itself is inherently cultural rather than deeply scenic, but that’s part of the joy of traversing a large country – you take the rough with the smooth. The back streets of Spain’s isolated villages revealed some of the Iberian Peninsula’s desperate poverty, interspersed with stonkingly beautiful towns: medieval Viana, where Cesare Borgia is buried, was particularly pretty. Dormitories ranged from charmless municipal accommodation to the isolated medieval pilgrims’ hostels where Mass was celebrated by candlelight. And of course the mountains of Galicia were spectacular, more than making up for the afternoon spent walking past Burgos airport and endless kilometres trudging along roadside footpaths. 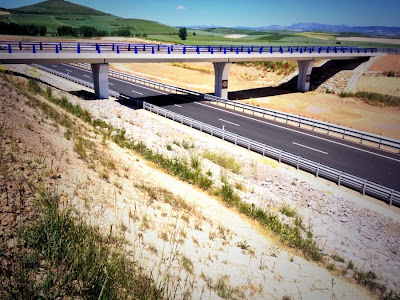 Hours of conversation with my fellow pilgrims (very few of them British) as we passed though countless settlements also hammered home some important cultural differences. Dutch incredulity at Spain’s lavish yet half-built motorways that intersected our route. The abundance of hairdressers in the smallest of French villages, and American bewilderment at poor European service. The spectacular mountain settlement of La Faba that was run by a German confraternity, where for the first time in weeks I enjoyed a clean shower that worked, with immaculate bunks and a laundry service, my thanks for which were met with a blank “What else did you expect? We are German!”

There were – of course – frequent sightings of flagpoles flying the gold stars of the European Union. I pointed out to my Spanish companion that this enthusiasm would be unthinkable in England, much to his surprise. “Really?” he asked. “Surely we’re all brothers? Aren’t you proud of Europe in the UK?” I felt awful breaking it to him that back in Blighty the EU is seen as a cousin at best – the sort you hear very little from during the year, before agonising about deleting from the family Christmas card list.

First published by Egremont on November 6th, 2013. Read the daily blog I wrote while walking the Camino at matthewsoccasionaladventures.blogspot.co.uk