Reading David Cameron's Telegraph piece on his vision for a reformed European Union found me reflecting on a conversation I had a decade ago with my friend Paul. I'd been in New Zealand for the past five years and was in the final throes of packing up to move back to London. Paul was – with the help of a lot of beer – telling me what a whale of a time I was about to have. 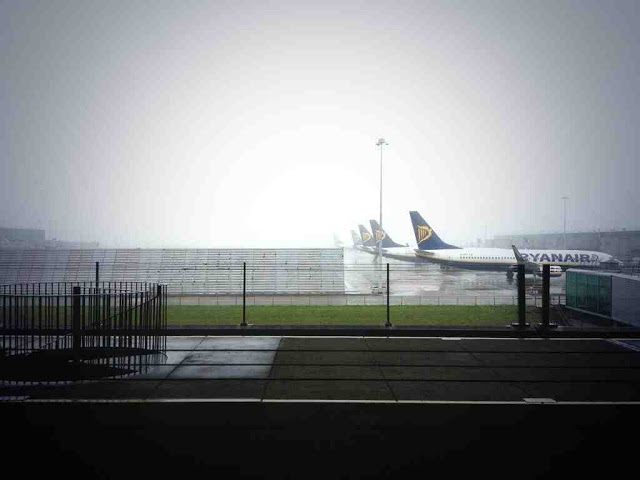 “Europe's changed, mate,” he explained. “You can fly anywhere for a tenner. A flight to Zagreb costs less than a train ticket to Manchester. Girls, parties, culture – it'll all be on your doorstep once you're back in London.”

He was right. At the drop of a hat Michael O'Leary and Stelios did more for European integration than decades of Brussels edicts could ever have hoped for. If you're under the age of 40 you're part of the Ryanair Generation – with workmates from Poland, Hungarian girlfriends (or boyfriends), stag weekends in Prague and summers spent on the Adriatic coast.

So on the face of it Cameron's 2017 referendum isn't a big deal for us: we're more concerned about finding work, getting qualifications, the cost of transport, buying houses and falling in love. 'Banging on about Europe' isn’t on the radar.

But our international outlook also means we know just how unrealistic the whole notion of 'ever closer union' is, given our first-hand experience of the huge cultural diversity across the Continent. This sits uncomfortably with a sense that our destiny lies with Europe. The current Ukraine-Russia crisis is the perfect illustration of this dilemma. British sympathies are overwhelmingly with the pro-West faction in Ukraine, and whatever is left of Ukraine after Putin has dissected the country will be desperate to join the EU, which – given Kiev's current predicament – is entirely understandable.

The genesis of the European project lies in the formation of the European Coal and Steel Community in the aftermath of World War Two, which aimed to build security through trade. Six decades on from this the Ryanair Generation's natural instinct would normally be to welcome Ukrainian accession with open arms. Yet this is obviously not going to happen given the unitary design of today's EU, with its high barriers to entry. Ukraine is even more corrupt than Russia and its economy is smaller than Romania's, despite having double the population. Ukraine in the EU would be an administrative catastrophe, with a bonanza of passports for sale from dodgy officials, and destructive brain-drain of the country's brightest and best heading west to secure better wages and better life prospects.

As things stand full EU membership is an unrealistic dream for Ukraine, which is a pretty damning verdict on the introspective political cadre in Brussels. David Cameron's agenda for reforms has the potential to get the EU heading in a more sustainable direction, which as anyone living in Lviv or Kiev knows can't happen soon enough. The Ryanair Generation wishes him well.

One of the things I most enjoy about 'politics' is the whole business of knocking on doors and talking to people. The general media discourse seems to be that people feel alienated from politics, but this rarely correlates with my experience on the doorstep. I've found people are engaged and do have a degree of faith in the whole concept of local representation, helped in large part because Wandsworth Conservatives have a reputation for running the borough well, keeping council tax down and representing the interests of all of society across the Borough.

Alas... it isn't all lovely conversations on people's doorsteps - there's the whole business of delivering our literature, and the office called last week to tell me that the Spring newsletters (see below) were ready for collection - so if you see someone with a large bag walking around Latchmere at high speed stop me and say hello! 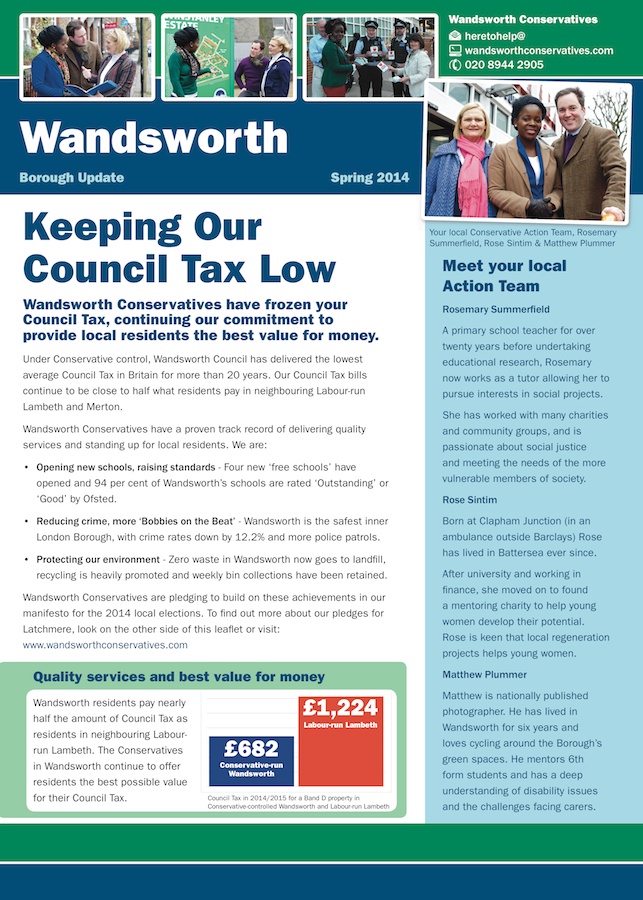 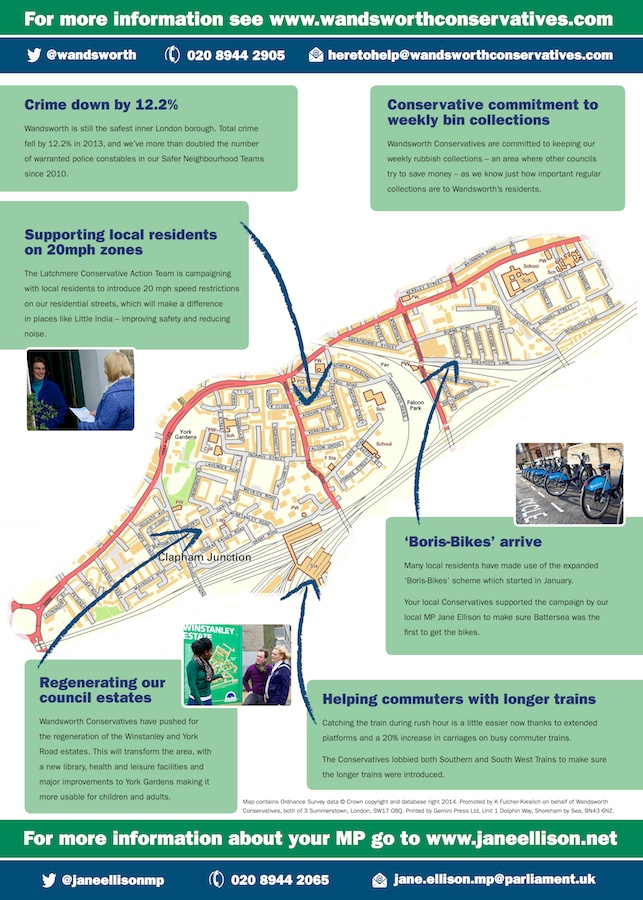