I'm back in New Zealand giving my mum a hand with her campaign to win the Wellington mayoral election next year. It's a fascinating change in political culture – I think the country's proportional representation for national parliament has made politics far more charged. Municipal politics is less party political, with the Greens and Labour the only parties to stand candidates in recent elections. Mum is an independent, so doesn't have a party machine behind her.

I much prefer the community focus of electorate voting, but also the way Britain's two dominant parties are coalitions themselves and debate is far more civil. I do realise Corbyn's Labour movement might not feel like that much of a coalition at the moment!

So here's the newsletter we've just sent out to 16,000 households in mum's ward. She's worked bloody hard since she was first elected in 2013, and I think that's reflected in her report to voters. A4 folded to DL, and printed on decent paper! 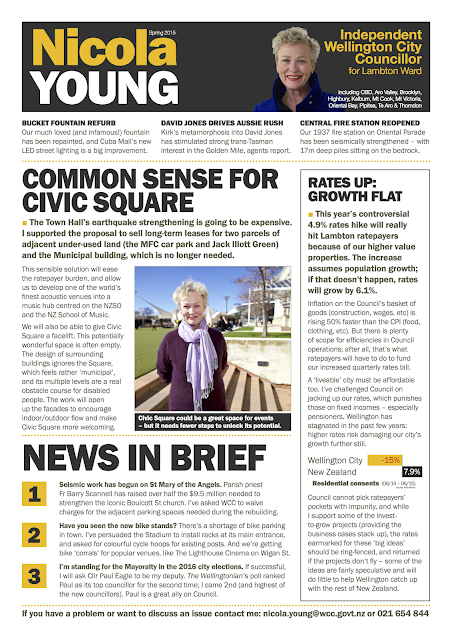 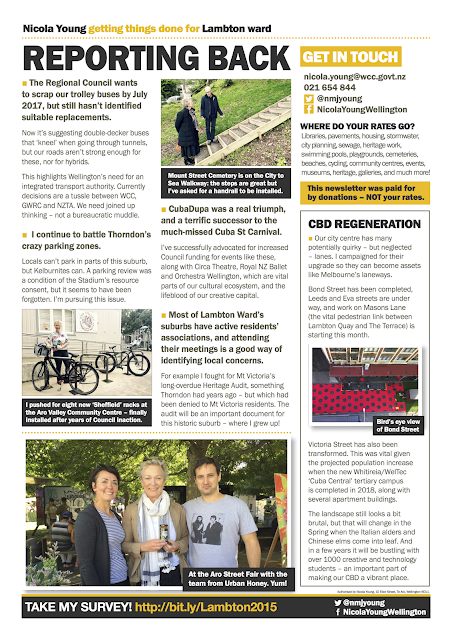