Being a Guardian-reading Tory can be rather trying. I switched to the Grauniad a decade back for the paper's superlative arts coverage – I'm a photographer by trade – but also because as a Tory the political slant is like having a cold shower every morning. Reading it over toast and coffee means I'm fired up and know what the enemy is thinking. One of my friends (a government whip under Blair) does the exact thing in reverse, and wouldn't start the day until he'd worked his way through the Telegraph.

But every so often there are times when Toynbee et al become a bit much. This week marks the 20th anniversary of railway privatisation, which the the paper commemorated with a hatchet piece, the essence of which is summed up by the tirade that the 'supposed free-marketeers are gleefully happy about state ownership of British assets, as long as it's somebody else's state that's doing it'. This view – and wider yearning for British Rail – pervades our society, including many of those firmly in of the centre-right. I've even heard senior people in our party mumble that perhaps it was a privatisation too far.

And hankering after BR misses the essence of why we as Conservatives believe that the market, privatisation, competition – call it what you will – is the best way to serve the public need. The issue isn't about who owns the company delivering our rail services (or telephones, electricity, etc.) but ensuring that you and I get a better service as a result of companies in competition with each other.

In the case of our rail network this means franchise operators knowing that if they don't perform they will lose their business at the end of their contract. Yes, we know that the Department for Transport has issues with administering this process, but consider this: for the first time since 1948 the railways now return money to the taxpayer, rather than depending on massive subsidies that successive governments have tried to reduce. Profit isn't filthy, as faux revolutionary Russell Brand would have you believe, it's bloody great because Britain's railways are now running efficiently – and competition from operators across Europe has driven this. Besides, British firms like Go Ahead and Stagecoach have operations abroad. The foreign ownership thing goes both ways. 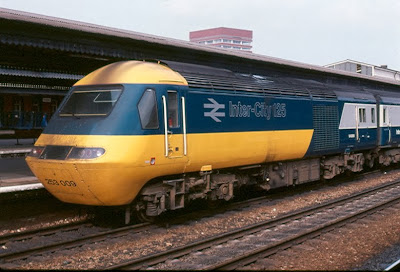 Perhaps the best example of how the markets work is the demise of Britain's locomotive manufacturing industry. We don't have many train builders left over here, and when our wonderful old InterCity125s were recently renovated the new engines were sourced from MTU, a company based in Friedrichshafen that built Zeppelin motors in World War One. Almost enough to make you think that Brunel would be turning in his grave, until you realise that German MTU was acquired by British Rolls-Royce two years ago. What the Guardian would make of that I don't know.

“Ahh, but train tickets are exorbitant!” comes the protest. I did some research into this, and found a piece* by Barry Doe – the leading commentator on UK ticket prices – which points out that despite all the recent coverage of ticket price increases most franchises have either frozen or reduced their season ticket prices in real terms since 1995. And in that time the cost of the single that I buy from Southern when I go down to visit Dad in Sussex has actually fallen – in real terms – by 7%.

Of course with wage stagnation and rising commodity prices travel is still expensive, and some of the franchises have yet to bring costs down (SouthEastern season tickets have seen a 25% price increase) but the situation isn't quite what the headlines would have you believe. Not bad going for a system that many of us are happy to criticise at will.