When I was little my godmother gave me a book about flags. The cool kids were into Dungeons and Dragons (look who's laughing now!) but I loved reading about how Old Glory got its 50 stars, and how the Soviets and Left had adopted blood red as their colour. Some of the best flags were the simplest, especially France’s Tricolour, but I felt sorry for kids in Brazil trying to draw their flag’s complicated depiction of the stars, which also includes the Southern Cross. Nepal’s double triangle-shaped pennant just seemed weird – and definitely not a proper flag, to my eight year old eyes. 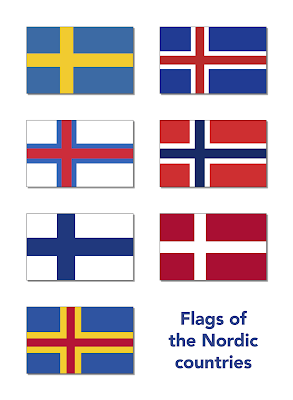 The shared history of nations also means many countries have similar designs: Norway, Sweden, Denmark and the other Nordic countries all seem to have conquered each other at various times, but today are happy with flags that many foreigners struggle to tell apart – a similarity that also reflects their common values of progressive democratic society, and strong relationships between their people and governments. The flags of the six nations and one autonomous region are on the right – can you identify them all?

I’ve really enjoyed the debate about changing New Zealand’s flag. I think the government got the process terribly wrong – a committee stacked with Olympic medal winners and rugby players manifestly didn’t understand the complexities of visual communication, and it was little surprise that the shortlisted designs looked very similar to some of the kit they’d worn when representing the country on the sports pitch. My favourite moment was when an academic from Massey University explained that the population ‘struggled with abstract designs’ and reassured us that ‘the best national flags featured two colours and one symbol’. Try telling that to an American, Frenchman or Brit.

There were some good flag designs in the long list, and I’d have been torn had Red Peak made the final referendum, but Aaron Dustin's design came a distant third in the shortlist ballot. New Zealanders wanted 'familiar' and voted for designs that incorporated the silver fern, which is a pity because Red Peak’s success was built on the idea that a flag design had to have a story, rather than just replicating a symbol and running it up a pole. So one of the worthwhile parts of the debate has been coming to understand what I like about New Zealand’s flag – I suspect most of us haven’t really thought about out national flag in any great detail until the referenda kicked off.

New Zealand’s current flag is based on a 19th Century British colonial template, but looking at it with fresh eyes I see a powerful symbol of the relationship between the Crown and Maori, with the Union flag in the top left, and the stars on the right representing taonga guaranteed under the Treaty of Waitangi many generations ago. The colour range is also pleasing – again, something Red Peak got right, yet a real weakness of the proposed Kyle Lockwood alternative with its lurid blue set against black. 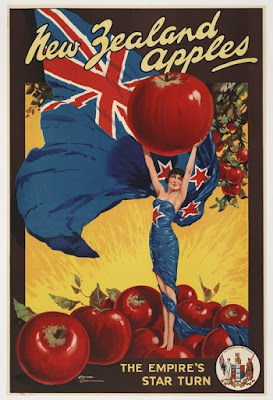 But it’s the message of our existing flag that makes me passionate about keeping it as our national emblem. Partnership is an inherent component of modern New Zealand – the era of grievance settlement is drawing to a close, and Maori and Pakeha are building a country where we recognise our rights and responsibilities because we have come to terms with our history. None of the finalists came close to New Zealand’s current flag in communicating that to me, and while my interpretation of the flag is very different to that which my grandfather would have had, it remains a symbol that has bound our nation together for generations.

So I’ll be voting to keep the current flag. It is a pity the referendum has been portrayed as a $26 million pet project of the Prime Minister, and even more so that people might choose to vote along party lines. But that is their decision – it’ll be a generation before they have the same chance again. I agree ours is similar to the Australian flag, but as a country we’re pretty similar too. Same head of state, same legal system, same frigates, and so on. We’re just better at rugby than them. Besides, count your lucky stars you’re not Norwegian, or Icelandic, or whichever one it is that has the yellow cross on the blue background!